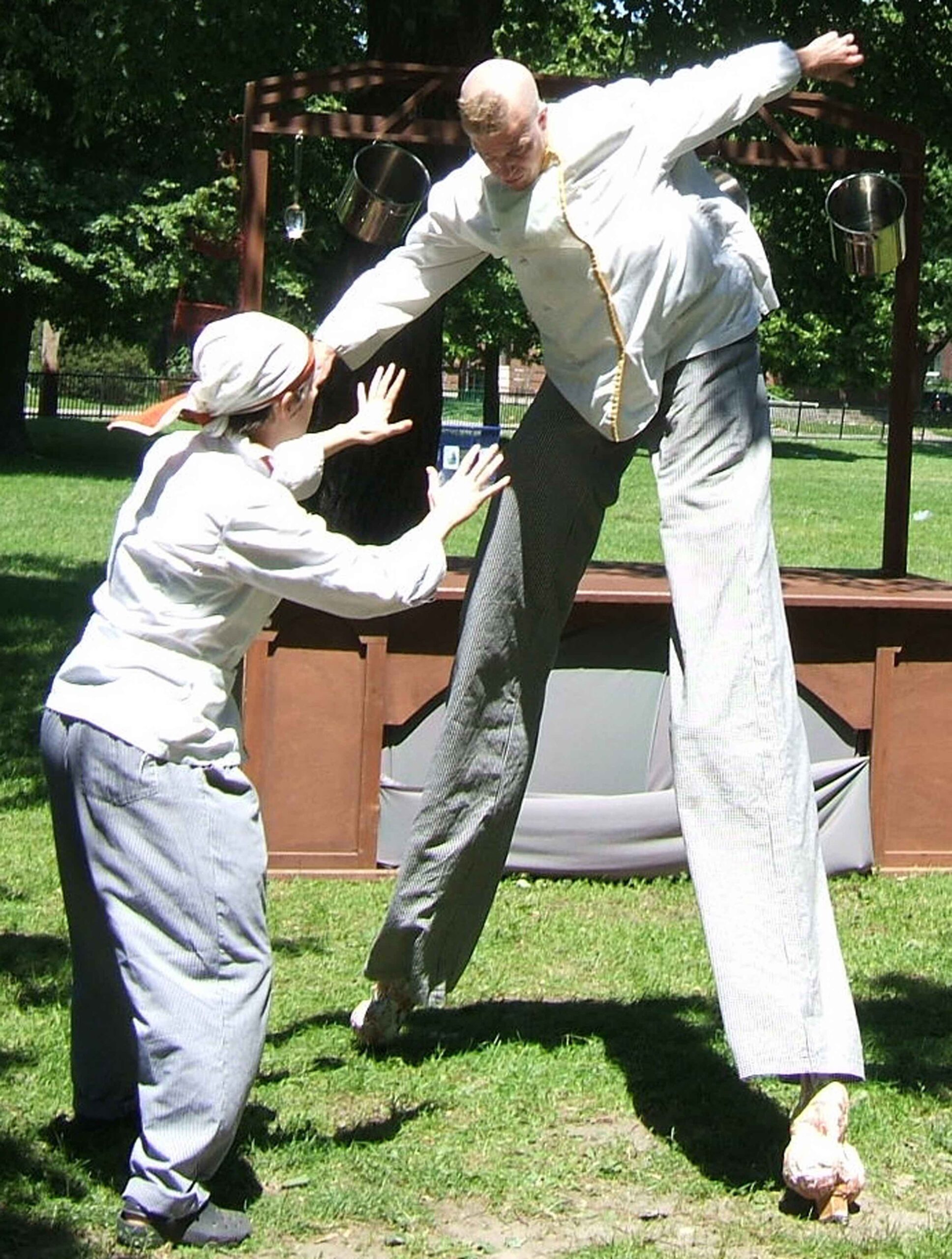 “A wild theatrical feast, Open Theatre Kitchen is part comedy, part creation myth, part tragedy, part cooking show. It is the story of two chefs who live alone in a kitchen in a desert.  Desperate to combat their loneliness, they cook up the recipe of recipes, the flavour of all flavours … which takes the form of a son.”

The Zuppa Circus Open Theatre Kitchen is a story about going and returning, the creation and the flavour of the world.  It was the sixth and final Summer Theatre Extravaganva and played in parks all over Halifax.  Since the intitial outdoor run it has travelled to indoor theatres in Canada and the United States under the title It All Looks Different in the Dark.